Skip to content
Home Tech Glass ceiling in advertising activities. How to beat it

Glass ceiling in advertising activities. How to break through it?

In my personal opinion, the advertising industry, by its current actions, is quickly approaching the so called "ATS". glass ceiling, which is illustrated by slowly decreasing effectiveness of actions. Here is a brief author's analysis of the issue based on my own feelings and actions.

Of course it's easy to complain, but the question is: how to break the glass ceiling in advertising?

For me a great inspiration are mobile game publishers who are not very respected by advertisers. It's a shame, because they are grandmasters when it comes to the strategy of promotion and monetization of their products. It is worth to follow their example, because they are undoubtedly successful in this field, confirmed by hard data. Famous in the industry is the case of Finnish SuperCell, which earns $2 million per day and it is certainly not a coincidence.

The current strategy assumes the use of mobile in the same scenario as desktop, and this is not the right way. There are many differences and it is worth to bring them closer. I will focus on the application area, because according to a study by Flurry 88% of. of time is spent in this way, and only 12 percent of the time is spent on the app. on the mobile web.

Mobile is global – It's definitely dominated by global publishers rather than local ones. They follow a strategy of non-aggressive micropayments, but on a large scale, which gives them huge revenues. At the same time, a product with easy global distribution means low costs. What results in high profitability of the business.

Mobile is volatile – rapid changes of trends on a global scale have probably never been so big. Does anyone else use Foursquare?? And who hasn't heard about Snapchat..?

Mobile is technological – promotion of applications is much more difficult from a technological point of view, than a website. This is a topic for a longer lecture, but what is important is that the installation of the app on a smartphone requires crossing a large barrier of entry. User retention is no less challenging.

Mobile is more transparent – App ratings, number of downloads (dot. Google Play) and user comments are public. As opposed to websites, which is very important for promotion. The coolest ad may not translate into downloads if user feedback is poor. Game producers are aware of this – they cannot afford too intrusive forms of advertising to monetize the application, because it will kill their product!

Taking into account the last element, game producers had to think about a completely different mechanism than the previous one, i.e. full-page pop-up banners, which generated so desired high CPC in a low cost. Their use brings an avalanche of poor comments and lowers the rating.

Good relations with consumers cannot be based on coercion, but on respecting their right to choose what they want to do – even in a free application. As a result of the reflections, the mechanism of the so called. incentives, Which I call more bluntly rewarded engagement.

What it's all about rewarded engagement?

Well, it is based on payments within the application, the so-called in-app purchase. The user clicks on the menu to open the so called "menu". offerwall, where he can pay for additional items that are useful in the application by credit card (BUY) or perform a "task" (EARN), for which he will be rewarded with virtual currency, which in turn can also be used for purchases. This coincides with the findings of consumer insight: people are reluctant to spend cash on paid entertainment; young people (teenagers/students) rarely have credit cards, so they are forced to abandon the app even though they liked it. 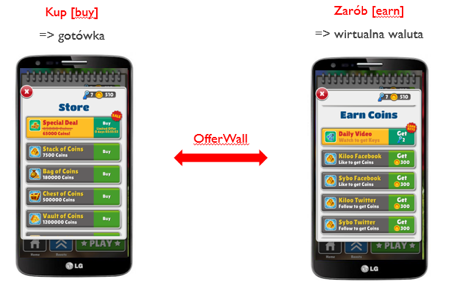 Emission of the video spot. The example works in the mechanism of OfferWall, i.e. a list of offers from which the user freely chooses at his/her own discretion. Each task is described (watch the spot/install the app) along with the amount of bonus value that will be awarded for completion. 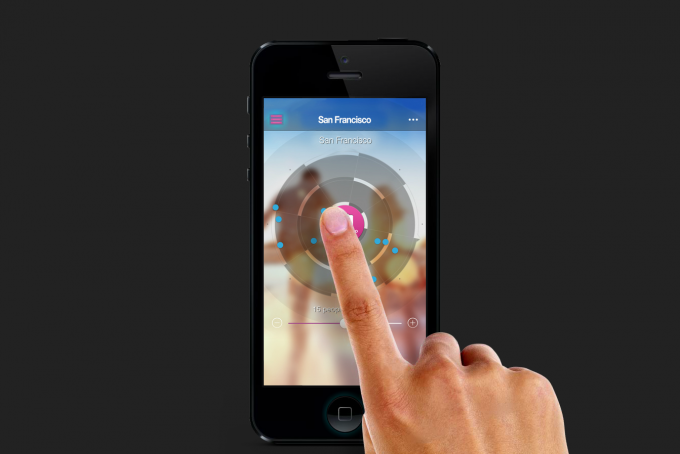 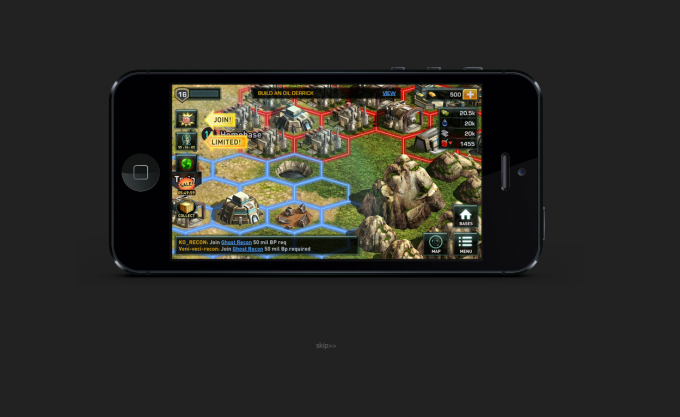 The mechanism has evolved in some publishers to the form of native advertising, which is naturally integrated into the layout of the application. Here is a great example of a Fanta ad in a children's game. 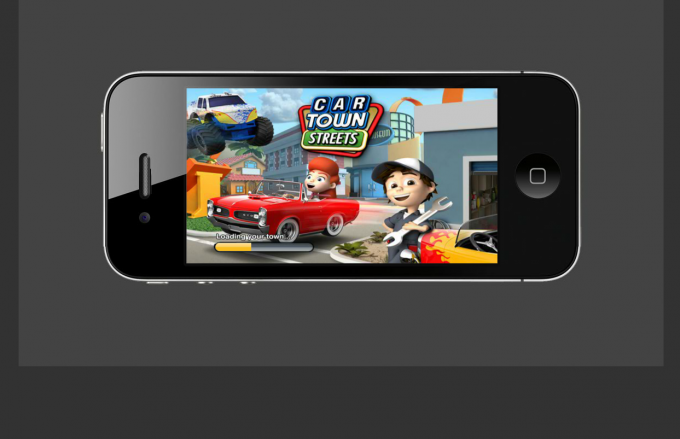 The effect is really great. What is also important from the visual point of view – a special in-app player downloads the commercial already at the stage of loading the game, so the material is usually of great quality. Emission is always full screen, HD quality, no delays or noise. After the spot, a special board with a Call To Action button is displayed, which further encourages the user to convert. Most often, a message is also displayed at this stage that the promised recharge has been accrued. In one word: a marketing and technical masterpiece.

The other interesting issue is effectiveness and broadcast models. The settlement is very reliable – for a spot watched in 100%. (CPCV, or Cost Per Completed View). Rates are not high, usually it's a few dozen cents. Campaigns implemented by MoBehave indicate that the rate of full views is almost 90%. (sic!), but what is interesting, the click-through rate is much higher in comparison to the classic display’u (average CTR = 3.55%).). Here are sample statistics (MoBehave own data): 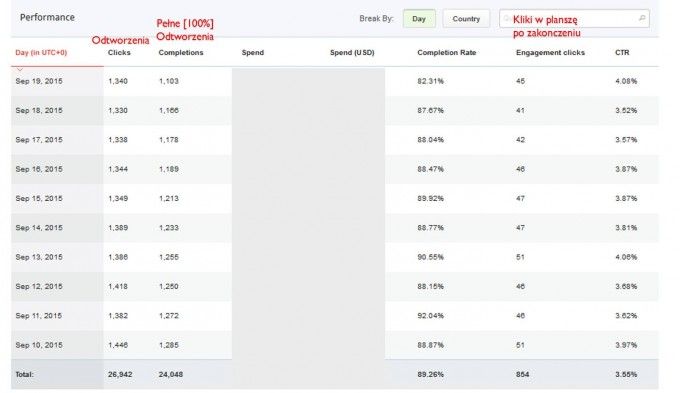 Number of daily views can be capped. You can easily set 5000 and more. When it comes to targeting – for now, there are simply thematic packages of applications. Mostly of an entertainment nature, but as we know it is a very strong segment in mobile.

In general, campaigns for the Youth segment (youth/students) convert best. Campaigns of this kind are best suited to the promotion of advertising forms such as video spots.

The only downside of rewarded engagement is the limited targeting possibilities. On the other hand, with more demand from serious marketers, surely they will come soon too.

Brands in the West have already noticed the potential of this solution – it is confirmed by publications in business media.

Not to be outdone – here is an example of McDonalds campaign broadcast in the free version of Spotify. The user was rewarded with a half-hour quarantine from other ads for watching the spot. I myself would be extremely grateful to the brand for such a gift ;-).

Mobile is evolving, offering new, interesting advertising mechanisms based on dialogue rather than pushiness that discourages. Below I gathered the arguments in favor of both the user, advertiser and publisher.

It seems to me that this model can quickly gain popularity among FMCG brands and open a new chapter in communication with the user through mass media – parallel to social media, which, as we know, are based on individual dialogue.